An article was recently published about the Legacy Museum: From Enslavement to Mass Incarceration. The Legacy Museum opened this past month in Montgomery, Alabama standing on the site where enslaved people had been warehoused prior to going to market to be sold. The museum confronts the ugly history of slavery in the United States using first-person accounts, videography, exhibits on lynching, and a memorial dedicated to the those who were trafficked during the domestic slave trade. This history has long been suppressed, white washed, and glossed over in the education of past and present generations. Even more disappointing is that it is only the second museum to open that focuses on the history of slavery in the U.S. The owner of the Whitney Plantation, John J. Cummings addressed this in an op-ed to the Washington Post in 2015. Cummings stated that despite having over 35,000 museums memorializing U.S. history and culture, it was not until 2014 that the United States had even one museum devoted entirely to its history of slavery. Along with the dismantling of confederate statues from the Civil War, an increased focus on diversity and inequality, our country is finally taking real steps towards addressing its past. But, is it enough? In a time when our country is divided more than ever, and a white nationalist movement is growing, the question should not be whether institutions should be neutral, but rather can they afford not to be?

In a previous post I had mentioned a trip I took to Germany last year. Of all the things I witnessed during my trip, the most memorable was how Germany’s history is very pronounced and present in day-to-day German life. Germany has taken great lengths to address its history, especially it’s involvement in WWII and the Holocaust. Germany has memorialized concentration camps, built a museum dedicated to the Jewish community and their history, and set up memorials and historical markers around Germany that tell the stories of victims who were taken from their homes or killed. Even more, many buildings in Berlin and other cities have left bullet holes in their walls from the war intact. A daily reminder of Germany’s history. Some German museums have addressed this directly by being transparent with issues of provenance in their collections. Making it quite clear to visitors that some or many objects in their collections were looted from Jews and many others by the Nazi during WWII.  The images below depict one of these many markers I encountered during my trip, a washroom and memorial at the Sachsenhausen Concentration Camp, and an incredibly moving art installation from the Jewish Museum. These examples of steps taken by Germany to confront its past are steps that the United States needs to take into consideration in its own journey to confronting its past. 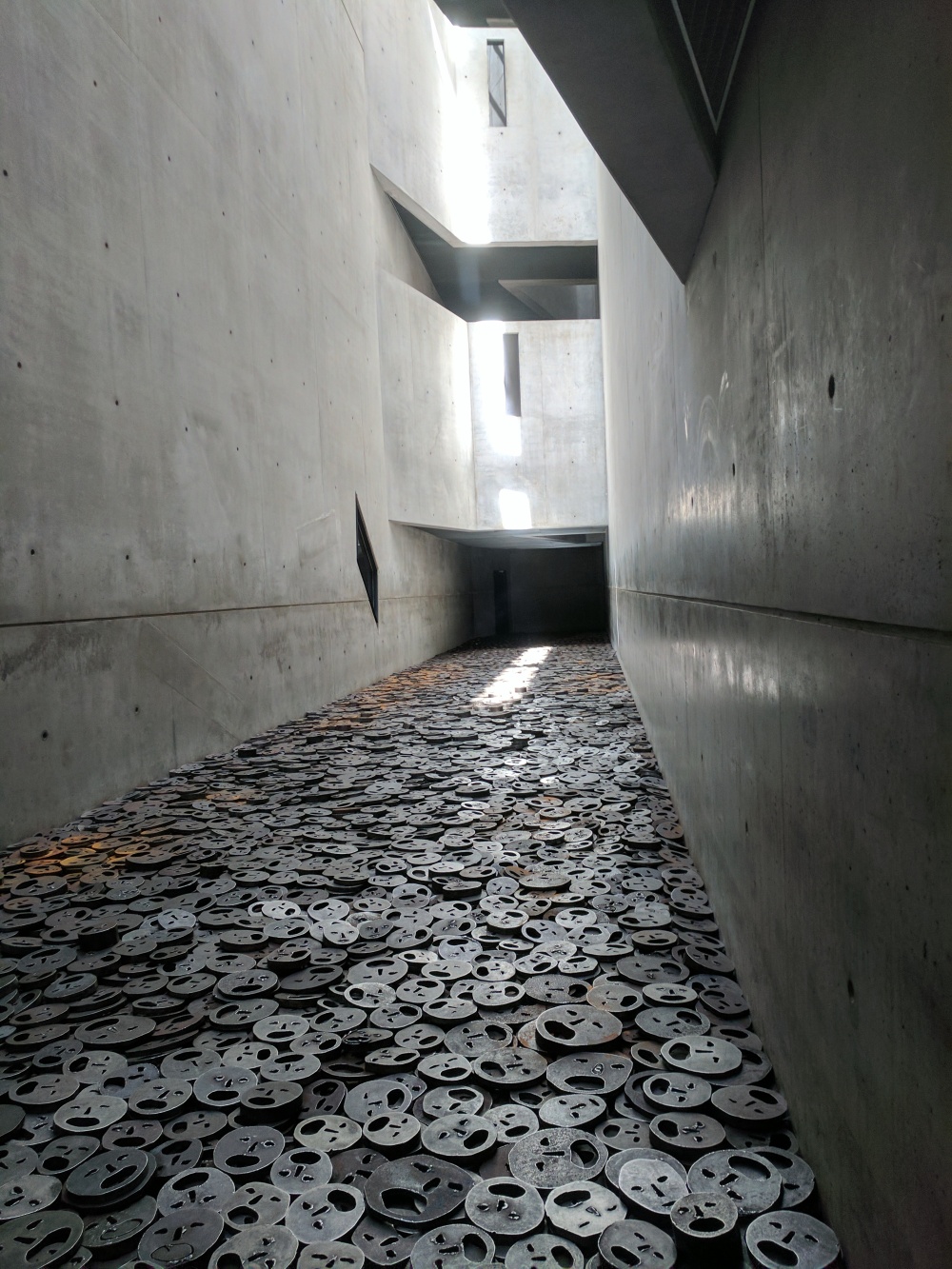